It’s not like me to only find out about a gig 24 hours before it takes place – and even less like me to miss a gig for any reason, so thankfully, while the first happened, it didn’t directly lead to the second in this case and I found myself hovering up high in the upper level of the Shepherd’s Bush Empire on Saturday night.
Accompanying himself throughout on piano the gentle giant of (hmmm,  how to classify Bruce Hornsby’s music succinctly for those not in the know...) Americana-flavoured storytelling, treated an audience of devotees to almost three hours of music, with some light-hearted banter along the way and the odd spot of Q&A (a few more questions might have been asked towards the end of the night had that chap - promising a ‘proper question’ no less -  not taken half an hour to essentially ask if Hornsby likes classical music. ‘I’ve been throwing it at you all night’, came the acerbic response...)
I had a few questions going in myself (mostly to do with how regularly Hornsby visits these shores) – and these were all answered from the stage early on, without any prompting from me, as our host gave us a potted history of his activities since his previous UK gig seven years ago, and apologised for not making it here in 2010 due to the ash cloud caused by the erupting Eyjafjallajokull (which he mentioned twice with such confidence that I can only assume his pronunciation was correct!).
But it was the songs (and the playing, of course) that made the night. Hornsby did indeed demonstrate his classical chops at times, not least before launching into The Road Not Taken as the first song of the evening. Older tracks such as A Night on the Town, The Valley Road and Talk of the Town joined more recent material from 2009's Levitate album and Hornsby also entertained with several playful numbers from his Stranger musical before closing the first set with a cover of I Can’t Make You Love Me (his distinctive playing is of course to be heard on Bonnie Raitt’s hit version) and gathering up all the ‘request slips’ that had been deposited on the stage to work through during the break in order to arrive at a set for the second half of the show.
Those of us perched up high had no opportunity to get our requests in, but thankfully our fellow patrons downstairs had excellent taste – if I had been able to request something myself I’d have plumped for either Country Doctor or Spider Fingers and we were treated to both, along with a range of tunes from across Hornsby’s long career from The Way it Is to his recent(ish) bluegrass collaboration with Ricky Skaggs. I have to admit that as wide-ranging as my tastes are generally, bluegrass is not a genre I’ve any fondness for, but at least two of those three songs (the gorgeous Crown of Jewels and the ‘modern version’ of early hit Mandolin Rain) were amongst the finest of the night. Another highlight was his reading of The End of the Innocence, made famous, of course, by the song’s co-writer, one Don Henley.
If a casual fan went to a Hornsby gig with certain expectations they’d possibly manage to leave disappointed – he’s not one to play ‘greatest hits’ sets and even when the big hits are featured they’re very deliberately ‘not like the record’ - actually the same is true of most of the other songs as well. While I did hear of a few converts being made on the spot I think it’s safe to assume that the vast majority of the audience were long-term fans, who have followed most, if not all, of the unique twists and turns Hornsby has taken his career in the past 25 years.
So a fine evening, and an unexpected pleasure at that, but now I really need to get to a full band gig by somebody (anybody!)  -  the last three I’ve been too have all been (essentially) solo acoustic shows! No, I'm not actually complaining, I wouldn't have missed any of them for the world! (8/10)
Posted by Radiat10n at 08:33 5 comments: Links to this post

Everyone seems to agree that 2011 was a great year for new music, and I’m certainly not going to argue the opposite. Indeed it’s been a year so full of quality releases that, while I’ve got a top 3 sorted in my head, trying to settle on a top 10 has been impossible (then again I’m always wary of doing top 10 end-of-year lists anyway – not least because there’s still a bunch of albums I need but don’t yet have, plus some I do have are yet to sink in completely – too much great music, not enough time, as ever!). So, being me, I’ll do something a bit different and simply look at 10 albums (not necessarily the ‘best’ but ones I’ve settled on a more or less ‘final score’ for!) released by...well, let’s call them ‘classic rock’ artists, for want of a better term (and a kinder term than ‘old farts’!) to celebrate a year where many veterans managed to enrich their vast catalogues even further. So, in no particular order we have:
The Zombies: Breathe Out, Breathe In – Colin Blunstone, Rod Argent and co celebrated The Zombies 50th(!) anniversary in 2011 with this all-new album, and while it is no masterpiece there are some real gems to be found here – A Moment in Time, I Do Believe and especially Any Other Way are worth the price of admission on their own. Blunstone – an astounding and criminally underrated vocalist -  sounds incredible as ever and carries the album through the odd underwhelming track that pops up from time to time. (7/10)
John Waite: Rough and Tumble – For a long time it looked as though Waite might never record a full album again, and he seemed content to maintain a release schedule with live albums, re-workings and other patchwork affairs, so this surprising return to form was welcome indeed. With Matchbox 20’s guitarist Kyle Cook featured as main collaborator, Waite offers up a strong selection of material (If You Ever Get Lonely and Love’s Goin’ Out of Style just two of the highlights) and, as always, sings like he means every word. The quality drops off a tad towards the end, with the odd Peace of Mind and pointless remake of Mr. Wonderful (originally from Waite’s first solo album, 1982’s Ignition), but all comes together again on atmospheric closer Hanging Tree. (8/10)
Waite’s album is only the first of 7 albums in this list to be released on Frontiers Records, the small Italian label dedicated to melodic rock that has become home to many of the genre’s biggest names in the last few years, as they drift away from the major labels one by one. Perhaps the one downside of this is that Frontiers sometimes release albums strategically, in an attempt to get customers making multiple purchases on a single release date. Fair enough really, but unfortunately at least two of these ‘natural pairings’ have seen one album clearly outshadow the other, as we shall see with the next 4 albums in my list...
John Wetton: Raised in Captivity  - After fronting too many mellow/dreary albums in a row, Wetton surprised me by upping the tempo again at last with Asia’s 2010 Omega album, and this new solo effort (with the word ‘rock’ being emphasised in the marketing) promised to capitalise on this new-found form. So I was surprised when the reviews started coming in; it seemed nobody really had anything good to say about it. I favour it more than most, but have to agree that, while on the surface it’s exactly what I was looking for in a Wetton solo album,  it’s a strangely uninvolving affair, and few of the songs stick once the CD has finished (opener Lost For Words and The Devil and the Opera House stand out quite a distance above the rest). Wetton is in fine voice throughout and there’s little that’s bad here, so overall it’s a decent album, just not the great one that was anticipated, especially considering the marvellous Billy Sherwood’s input as co-writer and producer. Pity. (7/10) 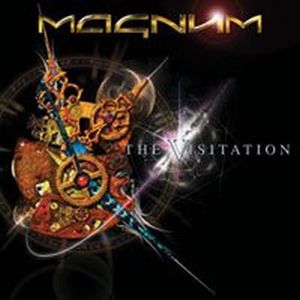 And finally...for those who were wondering my #3 album of the year was Neal Morse’s Testimony 2. While he’s no spring chicken I couldn’t quite bring myself to include him with the above ‘older’ artists...but he was my other 10/10 for the year!
Posted by Radiat10n at 05:06 No comments: Links to this post